(UPDATED) THREE more valuable paintings seized by American authorities from an aide of former First Lady Imelda Marcos were put up for auction at Christie’s in New York.

Last November 11, two of these paintings –“L’Eglise a La Seine a Vetheuil” by French impressionist Claude Monet and “Langland Bay” by British landscape artist Alfred –Sisley were sold at Christie’s for $2.6 million and $900,000, respectively.

A third painting “Le Cypres de Djenan Sidi Said”, also known as “Algerian View” by French painter Albert Marquet was up for auction on Monday with an estimated price ranging anywhere from $90,000 to $120,000. 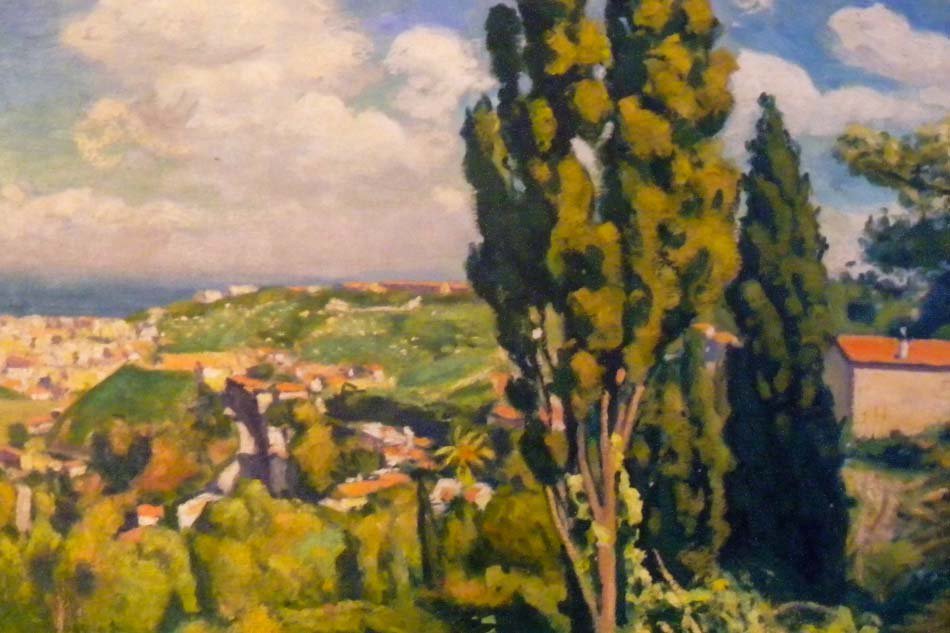 The artwork “Algerian View” painted in 1946 by Albert Marquet, is seen in this handout photo from the Manhattan District Attorney’s Office on November 20, 2012.

All the three paintings are believed to have been part of some 200 art collections accumulated by Marcos over the 20-year regime of her husband, the late strongman Ferdinand Marcos.

American lawyer Robert Swift will handle the proceeds of the paintings based on a New York court order last September 25 based, which stemmed from a verdict handed down in Hawaii over a class suit he filed on behalf of Marcos’s martial law victims, otherwise called “Class of Judgment Creditors of the Estate of the Ferdinand E. Marcos, Imelda Marcos, and Ferdinand R. Marcos”.

The Sunday night auction, according to Swift, was part of an annual big art event in New York, which regularly attracts bidders from around the world.

Apart from the three paintings, on sale Sunday were at least 40 art collections by multi-talented Spanish artist Pablo Picasso and Dutch Vincent Van Gogh, and Spanish surrealist Salvador Dali, and other works by Monet.

Swift told ABS-CBN News of the auction Saturday night in an email, a day after anti-graft court in the Philippines convicted Marcos of seven counts of graft, and meted out for each count seven-year imprisonment.

Nobody knew anything of the whereabouts of Marcos’s 200 art collections until New York authorities arrested her aide, Vilma Bautista, a former diplomat, and Bautista’s two nephews in November 2013 for the 2010 sale of Monet’s “Le Bassin aux Nympheas” at a London Gallery for $10 million.

Another Marcos’s painting–a Monet titled “Water Lilies”–was sold for $32 million years ago, in a private deal, not through an auction. Swift distributed the proceeds of the sale to the Marcos’s victims.

The art pieces allegedly “disappeared” from Imelda’s townhouse in New York at the height of four-day peaceful revolution in the Philippines in February 1986.

Some of these had been stored in a townhouse located at No. 13-15 East 6th Street in Manhattan, which used to house the Philippine Consulate and Mission to the United Nations, but Imelda converted it for her personal use, decorating it with some of the paintings.

A few days before and after the fall of the Marcoses, Bautista was seen to have been loading the paintings into a huge van, said Swift, quoting sworn statements of witnesses. She was said to have subsequently disappeared into the night.

In December 2013, Swift asked the Supreme Court of New York to locate the rest of the 200 paintings, including three by Picasso and one by Van Gogh.

“Vetheuil” was offered for sale, first for $20 million, then for $55 million, according to the charge sheet Swift lodged against the former diplomat.

Other parties interested in the proceeds of the sale were the Philippine government, the Golden Buddha Corporation, and the estate of Roger Roxas, the man who allegedly discovered Yamashita treasure in Baguio City, which Marcos allegedly seized in the 1970s.

Now into her late 70s, Bautista has been actively fighting the criminal case against her, the American lawyer said.