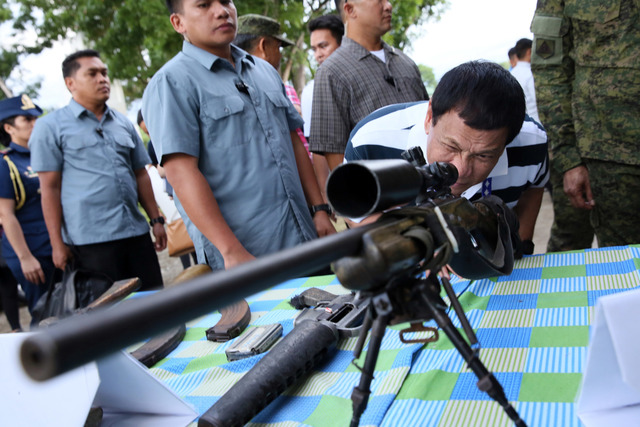 “If that rebellion burns Mindanao and the other parts of the Philippines, and I’ll be forced to declare martial law again. This time, I will do it on my own to preserve my nation. I will not consult anybody. And there is no telling when it will end,” Duterte said.

“Then it could be a copycat of Marcos,” he added.

The 1987 Constitution states that martial law should not initially exceed 60 days, and that any extension should be approved by Congress by a joint vote. Duterte allies dominate both houses of Congress.

In his interview with reporters on Saturday, Duterte called out justices “arguing” that the Marawi clashes can only be considered “terrorism” and not “rebellion.”

He added it is “crazy” to think that the terrorists should affect half of Mindanao “before we can call it a true-blue rebellion.”

The President earlier said he would “follow” the High Court’s decision on his martial declaration, hoping the justices would take into consideration the threat of the Islamic State or ISIS.

Duterte had warned as early as May 24 that martial law in Mindanao “will not be any different from what President Marcos did.”

The long-time Davao City mayor known as “The Punisher” said then, “I’d be harsh.”