Lorenzana urges ‘victims’ of martial law abuses to come out 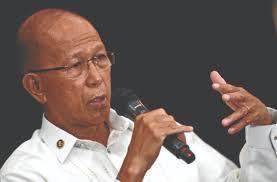 Defense Secretary Delfin Lorenzana on Monday urged alleged victims of abuses perpetrated by government security forces during the Mindanao Martial Law to come out and present their evidence.

“I strongly encourage these groups and alleged victims of excesses by government security forces to come forward, present your evidence, and file charges in the proper courts,” Lorenzana said in a press statement.

“Huwag po kayong matakot. If indeed some of our soldiers are found guilty of committing excesses under martial law, then we will not hesitate to administer the appropriate sanctions against these individuals, while ensuring that due process is followed,” he added.

He made the statement after human rights groups and peace advocates from Mindanao claimed that there have been massive rights violations in the southern region, but remain unreported due to the victims’ fear of reprisal.

The groups are calling for the lifting of martial law in Mindanao.

Lorenzana said they will never allow anyone within the defense and security establishments to tarnish their image and reputation.

He said this is the reason why they make sure that only the best men and women be allowed to operate in critical areas such as Marawi City and elsewhere in Mindanao, “and that our Muslim brothers and sisters should not be singled out in our operations since terrorism goes beyond any religion or creed.”

“We have made it clear from the very start that all our operations under martial law will be based on the rule of law and respect for human rights of all, regardless of religion, ethnicity or ideology,” he said.

Lorenzana also cited the Defense department’s opposition to calls for an ID system for Muslims because of the belief that it is discriminatory.

“We believe that if an ID system is adopted, it should be national in scope, and should apply to every citizen of the republic,” he said.

The Defense secretary further said that as an added measure to prevent any potential excesses or mishandling by their forces, they have actually deployed military human rights officers and lawyers on the ground.

“[This is] to help guide our soldiers in performing their expanded duties and responsibilities under martial law,” he said.

He said his trust and confidence in the professionalism and integrity of the Armed Forces remain strong.

On Sunday, Lorenzana said that he had submitted on July 13 the Defense department’s recommendation regarding the extension of martial law, but declined to provide details.

“We will have to wait for the President’s final decision on the matter. What I submitted to him was my recommendation from the security sector as Administrator of Martial Law in Mindanao after consulting with the CSAFP Gen Año. The President has a lot more to consider,” he said, referring to the inputs from the Department of Interior and Local Government and the Philippine National Police and other government agencies and stakeholders in Mindanao.

“I fully trust the President’s judgment on this whether he considers my recommendations or not,” he added.

Duterte declared martial law in Mindanao following the attack of the Maute group in Marawi City.